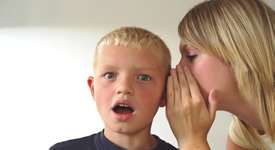 Whether you’re a Fast ForWord advocate or sceptic, we recommend you take the time to understand the research for and against the program so you can make an informed decision for yourself.

Within the scientific community, it is common for researchers to disagree on theories, research methods, and the interpretation of results. Scientific debate of this kind is healthy and, when it is unbiased and factually based, it can propel science forward. However, it is important to note that research publications can be biased.

As the pioneer of neuroscience-designed programs, the Fast ForWord program has been rigorously researched since its release in 1997. The research into Fast ForWord stretches over 30 years, and includes formal trials with over 40,000 participants, 700 white papers on the foundational research, and over 100 scientific articles and reports. Few programs can claim this level of research.

While there is much research supporting the effectiveness of Fast ForWord in improving reading fluency and comprehension, attention has been given to a publication known as the Strong meta-analysis, and a recommendation based on it written by Professor Genevieve Macarthur known as MUSEC Briefing 28. In both of these documents, the claim is made that there is “no sign of a reliable effect of Fast ForWord on reading or on expressive or receptive spoken language.” Essentially, the claim is that Fast ForWord doesn’t work. Is this true?

Flaws in the Strong meta-analysis

A ‘meta-analysis’ is a type of research review – so rather than being an experiment itself, the Strong meta-analysis is a review of the results from six research articles, all of which analysed Fast ForWord. These six research articles (actually, only five studies were eventually included) aren’t the only ones that discuss Fast ForWord; as previously mentioned, there are dozens of others.  Meta-analyses aren’t without their flaws – can we uncritically take the conclusions of the Strong meta-analysis, and the MUSEC Briefing based on it, as correct? No, for several reasons.

Programs only work when used as recommended. Learning gains cannot be expected when students don’t use a program properly or misbehave, as was the case with the studies included in the Strong meta-analysis. Due to a lack of supervision, motivation and intervention when required, the studies yielded weak results and are not representative of the outcomes that can be achieved when students train properly.

Two of the five included studies used what is called the “intent to treat” (ITT) method. ITT means results are collected from every person in the study even if they don’t actually participate, if they stop half-way, or if they don’t follow instructions properly.

While this method may suit research such as pharmaceutical trials, it’s often not the case for educational interventions such as Fast ForWord. Why? Because unlike taking a pill, learning isn’t easy. Some give up, no matter the method.

To illustrate: we all know exercise is good for us. What if a study was done on whether exercise improves health – and the study included results from everyone who said they planned to start exercising? Obviously, the results wouldn’t tell us how good exercise is for the people who actually exercised. We need to know how an intervention will perform if properly used.

While scientists do have methods for accounting for the missing information – the drop outs, those who did not follow instructions properly – it’s important to know there is no consensus about how to analyse the missing data.

2. When Fast ForWord is used properly, it works

Interestingly, three of the studies reviewed in the Strong meta-analysis found that when used properly, the results were positive.  One study (Gillam, et al. 2008) found Fast ForWord’s effect on language skills was as large as 50 hours with a speech pathologist – and follow up studies until up to 6 months showed improvement. In the words of lead researcher Dr. Gillam himself:

“74% of the children in our study who received Fast ForWord Language had follow-up scores that were significantly greater than their pre-test scores six months after treatment ended. I judge that to be a substantial benefit.”

Another included study (Boorman et al. 2009) reported no benefit initially; however a follow up focussed on only those that used the program properly and showed moderate to large improvements in the Fast ForWord group.

All the studies included are between five and nine years old; therefore, these studies analyse a version of Fast ForWord which is no longer used. The particular program studied (Fast ForWord Language) has undergone major revision in the years since these papers were published. Five years is a long time in computer technology.

4. Only one out of the ten Fast ForWord programs was tested

Other independent reviews are positive

There’s a lot of focus on the Strong meta-analysis, but it’s not the only research review that discusses Fast ForWord.

The US government has commissioned three independent research reviews, and all have good things to say about Fast ForWord.

On top of that, there is 17 other independent peer-reviewed studies, 3 peer reviewed doctoral dissertations, that show positive outcomes for Fast ForWord.

How the Strong meta-analysis has helped

To help with that Scientific Learning has made a number of changes to Fast ForWord:

It’s important to hear both sides

Everyone has to make up their own mind about Fast ForWord – of course, we think it’s fantastic, but we encourage you to think critically about the research and make an informed choice based on hearing both sides of the story.